Thursday, 18 August 2022
You are here: Home Investing in Higher Education: Why It Remains Crucial For Your Career

Graduating from a post-secondary education institution has become a requirement for most job opportunities that include executive or managerial responsibilities. For those hiring, the lack of a post-secondary degree can often send a resume directly to the “no” pile. So a degree is  important, but the reality is post-secondary education is not cheap and families need to look at ways to cover those costs without going into serious debt or jeopardizing their family’s financial future. 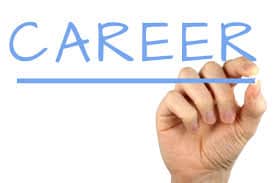 Studies have shown that students with higher education degrees have better job prospects and an improved employment rate compared with those without a degree. A post-secondary degree can lead to more job offers, better opportunities and improved starting salaries.

According to an article on Media Planet, economists believe that 21st century jobs require specialized knowledge and skills — the type of learning that can only be acquired in post-secondary programs.  Broadly speaking, Canadians recognize the importance of higher learning, with more than half (54.0%) of Canadians ages 25 to 64 having either college or university qualifications in 2016, representing an increase from 48.3% in 2006.

For specialty careers (law, medicine), technical careers (electrical engineering), financial careers (accounting and banking), and creative careers (marketing and journalism), there is significant demand for students with a full educational background, supplemented by either a full four-year Bachelor’s degree or a diploma from an accredited institution, such as a community or technical college. For access to UK medical and dental degree programs students must undertake an aptitude test (UCAT) focusing on exploring their cognitive powers, as well as other attributes considered valuable for healthcare professionals. The UCAT Question Bank can help students to study for these tests, improve their scores and thus gain entry to their University course.

One option for saving for post-secondary education is a registered education savings plan (RESP). Offered by companies such as Children’s Education Fund Inc. (CEFI), an RESP is an investment vehicle available to parents in Canada to save for their children’s post-secondary education. The main advantage of RESPs is the access the plans provide to the Canada Education Savings Grant (CESG), and similar to RRSPs, no tax is applicable as long as the RESP remains open.

Under the CESG, Canadian families can receive 20% of the first $2,500 contributed into RESPs for each child each year up to and including the calendar year in which he or she turns 17. The maximum contribution from the grant program is $7,200 per child. This means that for every $10 you save in your child’s RESP, the federal government will add $2 up to a maximum of $7,200.

Of course, there are other ways to pay for post-secondary education such as personal savings or the income from a student’s part-time job. No matter which option you choose, keep the importance of a university or college degree in mind. Such a degree can propel your child to new heights in their career with a strong educational foundation.