Despite recent concern over the retail real estate market in the United States, it is stronger than most believe.

Concern over investing in the market was raised in part after Mad Money host Jim Cramer put out a warning against such investments.

“The mall-based real estate investment trusts are simply not the kind of stocks you want to own in this environment and you need to use any strength, even relative strength like you’re getting at this particular opportunity, to start selling them,” Cramer said.

His assessment was based largely on interest rates in the U.S.

“Long-term interest rates must head higher — must — because we’ve got a booming economy, … and short-term rates are going up as the Fed gradually tightens three or four times this year,” Cramer continued. “As that process unfolds, the REITs will continue to get blasted, particularly the mall-oriented REITs, as we still have too many retail outlets in this country.”

He added that America was still “over-stored” and retail real estate investment was “not a good business to be in.”

“Retail asset performance has had a marginal increase over non-retail assets over a 5-year period from 2012 to 2017,” Waseem Malleye, a real estate asset management executive who focuses on the U.S. real estate sector.

Statistics from the Remi Network demonstrate that the annual return for retail assets was 10.4 percent, while for non-retail assets it was 10 percent.

Manulife Asset Management has also forecasted growth in the the retail market for 2018.

“Strong market fundamentals, competitive yield spread, and foreign investment are among the main drivers of the price appreciation, which we believe will continue through 2018,” their report stated.

In addition, the amount of retail construction happening in the fourth quarter of 2017 was at its highest since 2009, Bisnow reported. There was a total of 1.6 million square feet being developed, but it was not primarily malls but rather smaller developments like neighborhood shopping spaces.

In fact, the publication notes that grocery shops have become a hot commodity, with grocery-anchored centers seeing a 5.3 percent increase in 2017.

“Grocery centres are still very powerful investments when it comes to the retail real estate sector,” Waseem Malleye added. “They have been some of the top performers.”

“When you have centers like the ones we’re talking about, they are highly sought after. There are dozens of groups that want to look at that type of asset, so they’re pretty aggressively priced,” Stream Realty Retail Managing Director Ralph Tullier said. 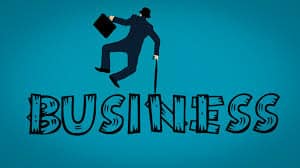 First Things To Do After Buying a Business

Renting a House vs Buying: What Are the Differences?

A Basic Guide to Becoming a Real Estate Investor